Well, what a journey it turned out to be, you know how you have great plans for something and then the universe throws you some unexpected turns…

It all started with a 4:30am wake up call, with a scheduled departure time of 5:30am ready to catch the National Express Bus at 5:45am from Cirencester to London Victoria – a very reasonable £5 😀 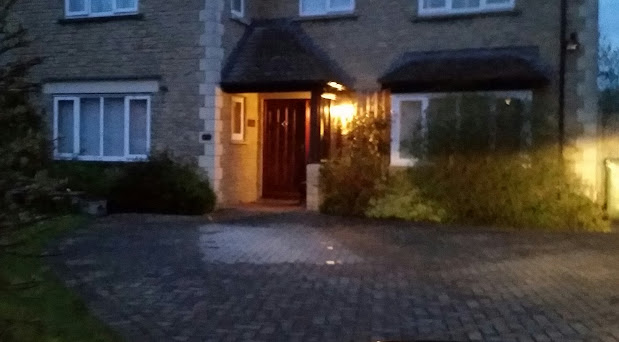 The bus arrived on time, but I had forgotten that this was the commuter bus to London (arrives in Victoria at 8:45am) so it was a bit busy, however we managed to get the extra leg room seat at the back of the bus, so for my 6’7″ frame, it was a comfortable (if a little long) journey into London.

We arrived in good time at 8:45 and there was a big group of people waiting for the 8:45 bus to Stansted. We were booked on the 9:50 bus (due to arrive at 11:30 a a good 2 hours before check in closes), but we asked the conductor if we could get on the earlier bus, and he informed us that the traffic was horrible from Stansted and advised us that we get on a bus as soon as one arrived. We decided to have a coffee instead and catch the 9:30 bus instead. However the 9:30 bus never actually left until 10:15

And when it did finally leave, we then got stuck in horrendous traffic around Westminster. We found out later that it was an Anzac day memorial. We managed to do 3 miles in around 2 hours, which of course meant that we were STILL in London at 12:15, with our flight check in closing at 1:25pm…..

However, once we started moving at a normal speed, I checked my Waze GPS system and it informed us that we would arrive at Stansted at 1:13pm and we noticed a street sign for “Allgood St” 😀 My GPS was not correct though and we actually arrived a 1:23pm which left us with 2 minutes to get to the check in desks!! There were a few people on our bus who were booked on a 1pm flight, so they clearly missed their flights

After a problem with our boarding cards and a rush through customs. I chose to run for the gate without bothering to put my walking boots back on! That decision was to prove to be a bad idea!! Fortunately though we made it to the gate on time and once we got there we found loads of other people who had been stuck in the same position, including an American from Portland who then joined us for the rest of the day and on into day 2, and here he is with Laura!

As we flew over France, all our worries seemed to be behind us, we met a couple of other people on the flight who were also walking the Camino and a Marine who was meeting up with some French counterparts to discuss something military 😉

On arrival in France, I realised that I had made a mistake with the timings because I had forgotten the time zone when working out the flight arrival time. I rushed through customs easily and collected my pack from the baggage carousel, but Eli and Laura got stuck in the queue for passport control (what ever happened to the “free movement of people” in the EU?!) so I worked out when the next bus from Biarritz to Bayonne train station was, turns out it was 5:17pm and should take 30 minutes to get there, which meant we would have time to catch the 6:09 train from Bayonne to St Jean. After about 10 minutes waiting for the passport control queue to move, it was quite clear that Laura and Eli were not going to make it through in time to get the bus, so I tried to signal to let them know, and SOMEHOW, they managed to jump right to the front of the queue and get through passport control in about 2 minutes flat!!  So we JUST managed to make it onto the last bus that would get us to Bayonne in time for the last train to St Jean….

It was on the bus that I started to notice that my right foot was quite painful on the sole of the foot!

There was a pretty view across the rivers….but the traffic was a nightmare and we nearly had to get out and run across the last bridge, but just as I was asking the bus driver if we could get out, the lights changed and she turned into a bus lane, but that was great because we zoomed past the traffic across the bridge and then the driver let us out so we could run across the town square rather than waiting for the bus to fight through the traffic. We got to the train station at about 6:10pm, which would have been 1 minute late for the train, however when we tried to ask when the next train was (knowing full well that we had already missed the last one) the people at the station told us that they were no train and that they would put us in a taxi to St Jean (although it was not entirely clear if we would have to pay anything ourselves)

So we sat back in the traffic for the hour long drive to St Jean, which would have cost us close to 100 Euros if we HAD chosen to pay for one ourselves!!!

As we approached the mountains, I started to get a little scared and worried about what I had got myself into!

But when we got to the Albergue in Saint Jean, everything seemed fine again, it was nice, clean and had all the desired modern conveniences. Although the automatic lights were a little too quick to turn out, making it hard to do anything after dark that needed more than a few seconds without using your own torch or phone light!

The view out of the window was great and the Pilgrim office was just a few doors up the hill, which was really convenient, and it meant that we could all grab our “passports” so that we would not have to wait in the morning.

This was the view down the street from our Albergue:

We decided to have a dinner out for our first night and we met up with a guy called Steve from Philadelphia, who actually went to school in a place called Cheltenham, just outside Philadelphia!! (For those who don’t know, my home town in Cheltenham in England!) Three of us had pizza and Eli had the Pilgrim meal. After the meal, I made a call to my parents to let them know that I was OK, as I had not had a chance to text them since we arrived in London and I had promised to let them know that I got on the plane OK and that I had checked in to the first Albergue OK…whoops!!

When I got back after dinner, I took my sock off to see why my foot was hurting so much and discovered a big blood blister, which can only really have come from my running though the airport in my socks! A swift poke with a needle and the blood flowed out and immediately it started to feel less painful. I then cleaned it thoroughly and applied a very clever blister plaster which was specifically designed for this kind of injury! I can tell you as I write this at the end of Day 2 that 15Km was relatively pain free, so we are looking good for the 20Km walk down into Zubiri tomorrow (Day 3) 😀

Get access to advanced notice of events and access to the best prices. I am also planning to do a regular email update with tips on how to improve your life, but at the time of creating this form, I have not scheduled anything! Thank you for your support, I look forward to seeing you at a future event.

GREAT :D thanks for your support, we have sent you a welcome email which you need to click on to confirm your subscription.

I promise not to share your email with anyone else and I won't email you excessively!

This site uses Akismet to reduce spam. Learn how your comment data is processed.

Do you want to Fall Into Deep Sleep In Minutes & Wake Up to Peak Mental Performance?

GREAT :D thanks for your support, we have sent you a welcome email which you need to click on to confirm your subscription.

Yes please John, I would love to join you on a future walk!

No commitments, you can leave this list anytime, but I will let you know about future walk dates as soon as I know them!

Woohoo, hope to see you soon...

Your privacy is important to me, it will not be sold or passed on to anyone else

Yes please John, I would love to join you at a future workshop!

No commitments, you can leave this list anytime, but I will let you know about future workshop dates as soon as I know them!

Woohoo, hope to see you soon...

Your privacy is important to me, it will not be sold or passed on to anyone else